Remnants of the Future

Remnants of the Future is a multi-part installation comprising video, photography and drawing. Taking as its starting point a number of sites in Northern Armenia near the Georgian and Turkish borders, in this new body of work Orlow continues his investigation of the spatial and pictorial conditions of history and memory.

Orlow’s video focuses on Mush, a housing project just outside of the north Armenian town of Gyumri. Mush is named after the once flourishing Armenian town in Eastern Anatolia, which in 1915, during the Armenian genocide, became the site of massacres and deportations. Construction of the 'new' Mush began a few months after the major Spitak earthquake of 1988 destroyed many of Gyumri's housing blocks and made thousands of people homeless. Promised by M. Gorbachev to be completed within two years, construction of the new Soviet-style suburb eventually came to an abrupt halt as the Soviet Union collapsed in 1991 and the Russian construction workers were recalled by Moscow. The newly independent Armenian state did not have the means to finish this ambitious housing project and it has since remained in a ghostly state of incompletion and near desertion, inhabited by inhabited by migrating birds and gleaners who eek out an existence by slowly dismantling the Soviet style housing blocks.. The video is accompanied by a sound-scape by Mikhail Karikis using the radio waves emitted by dying stars (pulsars), which still reach us after the star has died and which were first mistaken for intelligent life messages from outer space.

A series of photographs explore the afterlife of a nearby textile factory, which had at one point produced over 50% of the Soviet Union's textiles and was destroyed during the earth-quake. Reaching even further back into history is a series of twenty drawings of death masks – including Lenin, Tolstoy, Eisenstein and Mayakovsky – made by Sergey Merkurov, a Gyumri-born sculptor who became famous for his monumental sculptures throughout the Soviet Union. A floating cover of Francis Fukuyama's seminal post-cold-war book 'The End of History - The Last Man' and a hand copy of a UK government document on Armenia operate as lose footnotes to the rest of the work.

Orlow's practice tackles the impossibility of narrating or representing the past and engages with different documentary forms. Spanning little known locations in Africa, the Arctic, Eastern Europe and Switzerland, Orlow's work explores blind-spots of representation and knowledge through a careful act of framing and re-arranging what he finds in a place. His modular, multi-media installations bring varying image-regimes and archival research into correspondence following associative, conceptual and formal threads.

‘Orlow’s challenge to our desire for continuity is radical: the truth of this peripheral space is not one, he suggests, that can be told narratively. […] Orlow’s work asks us how we can read the past in a way which does not involve a simple hierarchy with the present. More than this: he wants to know what history is and how it binds itself to an institution, a thing, a space, a face. The fragility of the whole project is its fidelity to its subject’s fractured nature […].’ (Mike Sperlinger)

Uriel Orlow was born in Switzerland and lives and works in London and Zurich. He studied Fine Art at Central Saint Martins College of Art & Design and The Slade School of Art, London and philosophy at University of Geneva. He was the recipient of a prestigious Swiss Art Award in both 2008 and 2009. Orlow recently had solo exhibitions at Les Complices*, Zurich (2009), Habres + Partner, Vienna (2009), The Jewish Museum New York (2008-9), Blancpain Art Contemporain Geneva (2008-9) and Argos Brussels (2008). Recent group exhibitions and screenings include Hollywood Wonderland at Seventeen Gallery, London, Zulu and other Fantasies at Museum Nachum Gutman, Tel Aviv, Jerwood Drawing Prize, London, The Whole World at Tate Modern, the Third Guangzhou Triennial at Guangdong Museum of Art, Oberhausen Short Film Festival, New Lands at BFI Southbank London, Around the World in 80 days at Institute of Contemporary Arts (ICA) London and Ghosting at Arnolfini Bristol.

Uriel Orlow's residency in Armenia was hosted by Utopiana and supported by the British Council and Pro Helvetia. 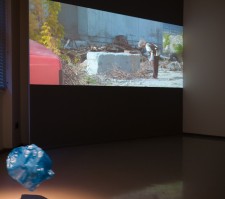 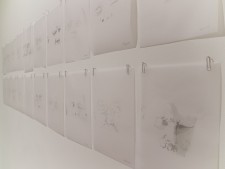 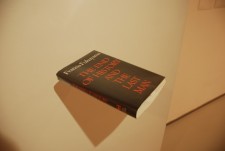 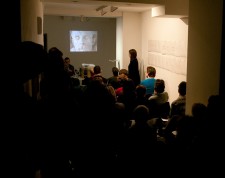