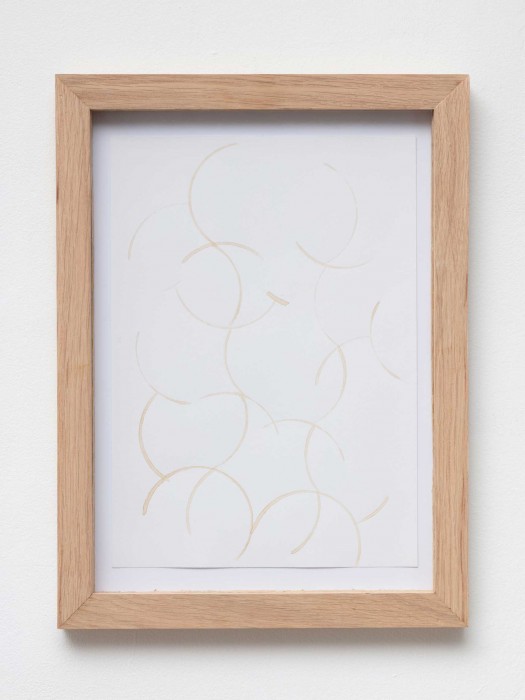 For his third solo-show at the gallery, Dean Hughes presents works from 1996 until present days. Specialised with the ordinary and the unassuming, Hughes engages with the banality of everyday items by replacing their primary function with new meanings, bearing witness to the artist’s own history. Dean Hughes employs commonplace articles - bus tickets, gumstrip, ruled paper, puddles - to symbolise small transactions with the material world. With a subtle cynicism to Duchamp’s ready-made, Hughes’ daily rituals of alteration and relocation epitomize the pointless gesture of the artist, removing any trace of authorial intention.

In the exhibition, Hughes presents new works, as part of a series that began in 2018 made by printing coffee rings from the base (or what is called the foot of coffee cups) onto paper. The artist sees this process as comparable and similar in intent to the process of making potato prints as a child. The process has its origins in a chance crescent residue shape made by placing a coffee cup on a blank sheet of paper. Hughes is interested in these small occurrences, which can be extended over time through repetition and process - a method of dwelling within the commonplace. The practice of making the prints is a blind process with a degree of uncertainty as to the quality of the mark made. Each new work is an attempt to find an ultimate expression for this way of making a mark – as such each work exhibits a propensity of its own. 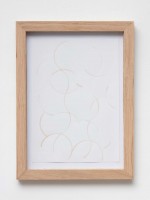 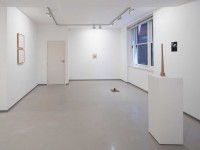 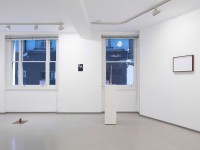 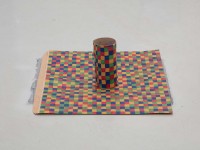 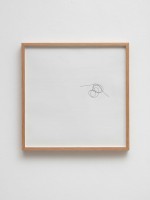 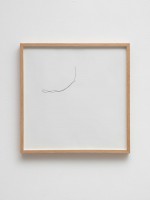 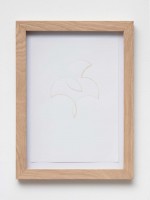 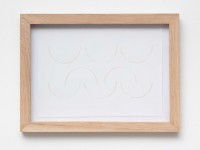 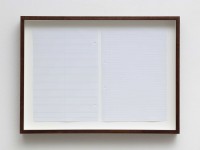 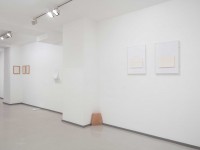 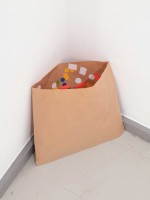 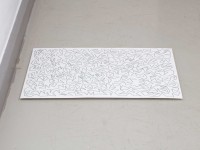 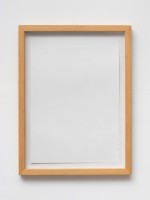 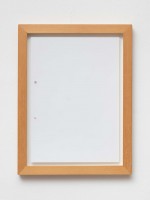 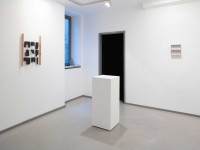 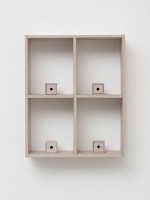 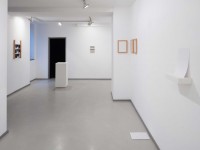