The gallery is pleased to present two painters John Nixon (b. 1949) living in Melbourne, Australia and Julian Dashper (b. 1960) based in Auckland, New Zealand, who have exhibited in our Foley street location back in 1997. Both are concerned with ‘painting’ as a subject rather then a process, opening up the lexicon of possibilities for painting in general, painting not as a vehicle for personal narrative but a subject in itself.

John Nixon sees his role as artist as a producer not of consumer goods but of ideas, methods, strategies, information, research and demonstration. The function of the artist is to act as a laboratory of ideas of the experiment of art and as such he created 30 years ago an umbrella name for such a development, EPW: Experimental Painting Workshop. One project was set in the colour orange, EPW: Orange, originally a five year plan to produce orange paintings which ended up becoming a total oeuvre.

Julian Dashper’s work focuses on the histories, theories and more general or popular ideas of abstraction (in particular abstract painting), conceptualism and minimalism as a working methodology. The geographical positioning of New Zealand globally and how his country receives and disseminates visual information is also a core subject in Dashper’s work. His practice manifests itself in various forms, including paintings, unique photographs of paintings, found objects that he infuses with abstract images.

For his exhibition, Dashper will show, among other works, a new piece, Untitled (Who's Afraid of Red, Yellow and Blue # 5). This is based on the legendary work by Barnett Newman. 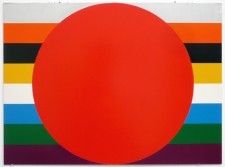 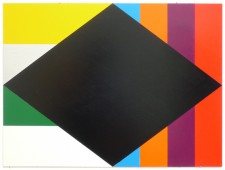