Tobias Collier's practice not only considers his positioning in the universe but also the magnitude of space and particularly how time and scale pertain to our existence. Bringing together sculpture, drawing, video and performance Collier's work is strongly rooted within notions of cosmological and scientific research. Construed, however, to the practice of art making, the resulting works function as an illumination on the limitations and impasses of the human processes that are employed in an attempt to define methodologies that exist beyond our familiar environment. The works often manifest through a lightness of touch and simplicity that resonate with a poignancy that is discordant with the enormity of the subject matter.

For his exhibition at Hanway Place, Collier utilises the language of physical metaphors to translate the abstract ideas surrounding morphology. He has created among other works two new light installations and a series of inductive ink drawings dealing with notions of Collier's theory of morphospace, (a theory first introduced by paleontologist David M. Raup b. 1933), whereby three or more points are cross referenced to reveal new territory. Using this theory as a starting point Collier appropriates these notions of pure geometry within his work to articulate cosmological ideas within a more familiar cultural space. 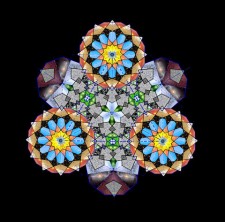 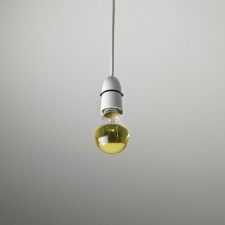