Laure Genillard are pleased to present a group show of paintings and wall sculptures by contemporary European artists, looking at abstractions and particularly at layers. The construction and structure of the art objects draws the viewer into the work, suggesting an imaginary space - or right out, bringing an awareness of the surroundings. It is uncertain which comes first. The exhibition examines the linearity between thoughts and materials, combining flat and 3-D objects and points at layers and how they affect our visual senses.

JUERGEN ALBRECHT. Lives and works in Hamburg. Recent exhibitions include Kunsthaus Hamburg, 2011, Brighton Photo Biennial, 2011 with works in several German and French museums and a permanent installation at 'Espace d'art Concret in Mouans-Sartoux in France.

TOM BENSON. Lives and works in London. Recent exhibitions include Japan at the Noborimachi Space of Art in Hiroshima and Concept Space, Shibukawa, Gunma, both in 2010 as well as at Larry Becker Fine Art, Philadelphia, USA, 2009 and The Field Institute, Insel Hombroich, Neuss, Germany in 2008.

LESLEY FOXCROFT. Lives and works near Hatfield, Herts. A senior artist having exhibited throughout Europe and the UK since 1974 with recent London solo exhibitions at Gallery Annely Juda Fine Art, 2010 and Laure Genillard Gallery in Foley Street, 1988 and in Clerkenwell Road, 1998.

SELMA PARLOUR. Lives and works in London. Recently graduating with MPhil/PhD Art degree from Goldsmiths College in 2012 Selma Parlour had been exhibiting since 1997. Recent group shows include Beers.Lambert Contemporary Art, London, 2011, Bloomberg New Contemporaries, 2011, In The Presence, ICA London, 2011. Secret at the Royal College of Art, London, 2010 and at Site Gallery in Sheffield.

GUNTER UMBERG. Lives and works in Cologne, as well as Freiburg and Corberon in France. Gunter Umberg has exhibited widely in Europe and the USA since the 80's, with a retrospective at The Museum Ludwig in Cologne in 2000 and showing regularly for many years with notable European galleries such as Rolf Ricke, Cologne, Nächst St. Stepha Rosemarie Schwarzwälder, Vienna and Studio Invernizzi, Milan and a forthcoming show this month at Jean Brolly Galerie in Paris.

PIETER VERMEESCH. Lives and work in Brussels. Born in 1973, he studied in Antwerp and Ghent and started exhibiting since the early 2000, mostly in Belgium but later more internationally, with recent solo exhibitions in London at Carl Freedman Gallery, 2009 and 2011 and at South London Gallery (SLG) in 2009 with an installation Beyond The Walls. 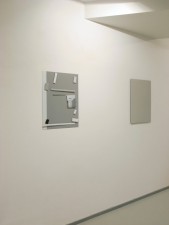 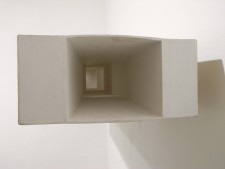 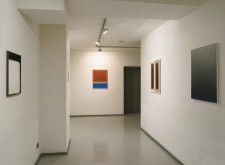