Drop Me a Line

Laure Genillard are pleased to present an exhibition of drawings, collages, card works and wall-drawings curated by Clive Phillpot. A former librarian at Chelsea School of Art in London, Clive became the director of the Library at MoMA in New York in 1977, and mapped out the field of artists’ books from an institutional point of view.

‘Most of the artists included in Drop Me A Line have at one time or another been engaged in the employment of the linear in their work; their lines may be two-dimensional or three-dimensional, incisive or blunt, angular or loopy, descriptive or verbal. Their lines are inscribed on paper, on canvas, on the wall, or in space. This exhibition foregrounds line. Yet another medium for line is the page, and just as one line can be followed by another, one page can follow another until we have a book. It may not be immediately apparent, but as well as being united by their facility with line, many of the artists in this exhibition are also linked by another factor, that they also make book works. And, indeed, as well as celebrating line, the exhibition coincides with the forthcoming publication of Booktrek: Selected Essays on Artists’ Books Since 1972 by the curator: Clive Phillpot. A number of the artists who are here exhibiting other forms of their work are included briefly or substantially in the pages of this book.’ [Clive Phillpot, Booktrek: Selected Essays on Artists’ Books Since 1972, Zurich: JRP/Ringier, 2012.] 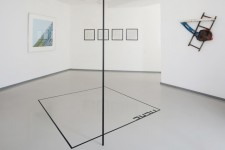 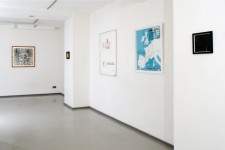 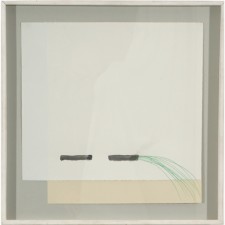 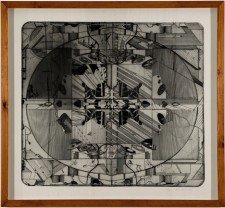 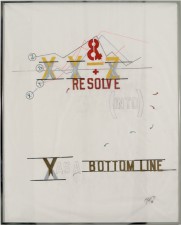